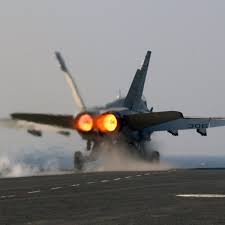 The foreign, defense and trade policies of the United States and the overt and covert operations designed to implement and support them have, over the last 80 years or so, had profound effects on the world. I used to think those effects were positive on the whole. Like so many other foreign consumers of American popular culture, I had absorbed from childhood the usual cinematic clichés concerning the fundamental probity of generations of U.S. leaders and their agents, both civilian and military. Moreover, it was obvious that old empires had failed and it seemed reasonable to see the United States as having taken on the role of de facto imperial power, keeping the sea lanes open and stepping in where necessary to deal with threats to peace and security. The fact that many of us had family who had been saved or protected by U.S. military operations further encouraged and reinforced such views.

What about the deliberate mass killing of civilians by Allied forces during World War 2, the firebombing of cities in Europe and Japan, the Hiroshima and Nagasaki catastrophes? We were inclined to see these as lapses and not representative of the true (and basically benign) nature of U.S. interventions. But such an interpretation has become more and more difficult to sustain.

It is just possible that, for a time, there was some truth to the myth of the essential benignity of U.S. power. But, since the Vietnam War, and certainly since the exposure of the egregious deceptions involved in the lead-up to the invasion of Iraq, that myth has lost all plausibility.

In the course of a recent discussion at The Electric Agora, E.J. Winner claimed that people outside the U.S. often fail to appreciate just how combative ordinary Americans are. Quoting General George S. Patton’s remark that “all real Americans love the sting and clash of battle,” he suggested that, “[d]espite the occasional revulsion against war, Americans are on the whole a violent people.”

Nonetheless, my interlocutor had two specific, and not implausible, points to make regarding “the nuances of the context” in which American foreign policy develops and is carried out. Many Americans, he claimed, are brought up to believe “that they have a special place on this earth,” this feeling of specialness or exceptionalism being reinforced by the knowledge that “the US has the most powerful military the world has ever seen.”

His second point was that governing elites have a responsibility to constrain and manage these unfortunate inclinations in the context of foreign affairs.

“[Hillary] Clinton may not have understood that, but her advisors would have. […] Some of Trump’s original advisors understood that – so he got rid of them and surrounded himself with yes-men.”

There are many ways the facts can be analysed here. I would be more inclined to emphasize the isolationist and anti-imperial strands of American culture and to see particular (usually elite) interest groups as having manipulated public opinion in generally hawkish directions. The neoconservative movement, for example, has a well-documented history. Neoconservatives and others committed to various versions of American exceptionalism have profoundly influenced U.S. foreign policy and encouraged high levels of military spending and extensive covert and direct military interventions under successive administrations.

Due to fiscal constraints such policies are clearly unsustainable however. U.S. military power is inextricably bound up with – and dependent on – economic factors and the dominant role that the U.S. dollar has played in world trade. The dollar-based financial system has been failing for years and now seems to be imploding.

I talked about some of these things on this site six months ago. Then, in January, as a novel coronavirus was silently spreading in the city of Wuhan and beyond, I posted a piece on my old (but continuing) blog, Conservative Tendency, dealing with the same basic issues. I discussed quantitative easing and the Federal Reserve’s failed attempts to wind this back, speculating on what would happen in the event of another financial crisis.

“Interest rates are extremely low and central bank options are limited. Defaults and/or falling equity prices would destroy large amounts of paper wealth. In the short term, this could lead to a period of dollar strength but – if the actions of the Federal Reserve in recent times are any guide – the money-printing would be stepped up. This could easily lead to serious inflation and an undermining of international confidence in the dollar. Of course, no one can predict exactly how (or when) the endgame will play out but there is little doubt that the U.S. dollar’s days as world reserve currency are numbered.”

That crisis is now upon us. For the time being the dollar is strong and analysts at Goldman Sachs and Bank of America recently predicted that it would strengthen further in the near term against most other currencies.

The larger question relates to the sustainability of the entire U.S. dollar-based financial system. As this system underpins America’s prosperity as well as its geopolitical status and power, radical changes would have radical implications for America’s place – and role – in the world.

[This is a slightly edited and shortened version of a piece published April 1 at The Electric Agora.]